Not in Our Own Backyards : African Americans in the Civil Rights Movement in the North 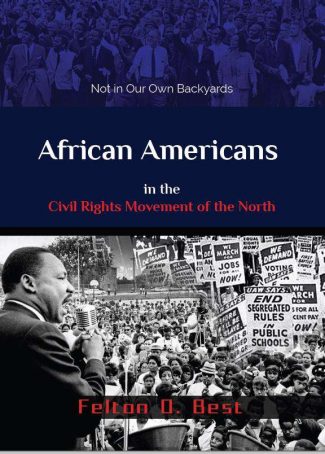 Not in Our Own Backyards : African Americans in the Civil Rights Movement in the North

Dr. Best, in 1992, earned a Ph.D. in History from the Ohio State University in Columbus, Ohio with specializations is Social, Cultural and Intellectual History of America, American Religious History, African-American History, History of Christianity, and, Comparative World Religions. He has presented his Research Findings and Publications at numerous Universities and Scholarly Academic Conferences. He is the author of numerous scholarly articles, book chapters, and books which include Crossing the Color Line: A Biography of Paul Laurence Dunbar, 1872-1906 (Kendall Hunt Publishers) Oppression and Retaliation: Black Resistance Movements in the United States and Africa (Mellon Books, Ed.), Flames of Fire: Black Religious Leadership, Leadership from the Slave Community to the Million Man March (Mellon Books, Ed.), Black Women and Religion in the Diaspora ( Linus Publications) and Not in Our Own Backyards: African Americans in the Civil Rights Movement of the North ( Linus Publications).

Dr. Best is also the Senior Pastor of Sanctuary of Faith & Glory Church in Windsor, Connecticut and serves in the capacity of Bishop and Archbishop of various religious organizations.

1 review for Not in Our Own Backyards : African Americans in the Civil Rights Movement in the North